A New Kind of Swan Last night I watched a wonderful program, PBS's Independent Lens, which featured a documentary about Misty Copeland, ABT's, (American Ballet Theatre's) principal ballerina, crowned  on June 30, 2015. But the most striking thing about her coronation is that Misty the first African American woman to be promoted to principal dancer in ABT's 75-year history.
It's quite an achievement when you think that the most compelling image we generally have of the ballerina is the White Swan from Swan Lake. And, indeed, the ABT and every major ballet company in history has thought that until now!
How lovely to see that someone can be acknowledged on their merit rather than their race, or nationality, or particular look. I find it so inspiring, as the ballet has always been close to my heart. 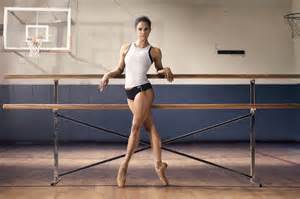 When I was little, my Mom took me to start lessons, as this was her passion from a little girl, and with that love of the art in mind, she took me to see what it was like. Though I loved it in general, I was too scared, too shy to try. I was about 5 or 6, and I cried my way out of it. Understanding me, she did not say you must, and so we left. It was not until much later, that I tried again, more as a form of exercise, and I found it a wonderful, ethereal experience, but now I was too old to pursue it seriously. And so, watching Misty last night, I thought I would look at Ballet in the 18th Century.

Of course, Ballet is a type of performance art that originated in the Italian Renaissance court in the 15th Century, with technique and a vocabulary all its own based in French. But by the 18th Century, the ballet had moved from the royal court to the Paris Opera, with the director Lully preserving the form, but moving it forward to a much larger spectacle with choreography and costuming that liberated the dancer. This also was the point in time (no pun intended) that pointework came into fashion: Wearing the heel-less shoe, with the box toe that you could stand on, known as the demi-pointe.

The mid-18th Century dancer Marie Camargo of the Paris Opera Ballet was the first to hear these shoes, making her able to leap and twirl like never before. Eventually after the French Revolution, the shoe further evolved into the shoe we know today, secured by ribbons and incorporating pleats under the toes to enable dancers to fully extend their feet. It's truly a beautiful and graceful look. But it is not without cost, and I don't mean dollars. Years of physical abuse do take toll on the foot's shape. But I think every ballerina would say it's worth it.

Interestingly enough, the first dancers to get up on toe did so with an invention designed by Charles Didelot in 1795. His "flying machine" pointe shoes helped lift dancers up with on their toes before leaving the ground. The look was so airy that choreographers started looking for more ways to employ the technique in the performances.

By the way, my Mom kept her old "flying machines" and one day gave them to my daughter to keep, because she too loves the ballet.

That day of LOVE is coming around again, so I looked into some 18th century information and found the following:

The Valentine's Day poem can be found in the collection of English nursery rhymes Gammer Gurton's Garland (1784): 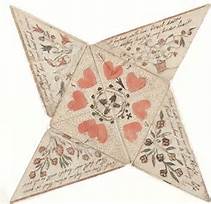 The rose is red, the violet's blue,
The honey's sweet, and so are you.Thou art my love and I am thine;I drew thee to my Valentine:The lot was cast and then I drew,
And Fortune said it shou'd be you. 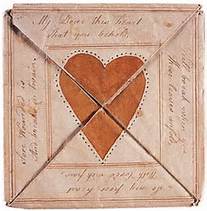 Also, in 1797, "The Young Man's Valentine Writer" was published in England, which held many suggestions for sentimental verse. This was supposed to help out the lovesick, lovelorn, the passionate, the flirtatious, etc. printers had already started producing Valentine stock cards, but there's nothing like a handmade card, with a special, personal greeting.

Personally, I like to receive a personal card, but lately I like to give a Valentine dessert treat. I'm working on that now as a matter of fact, but if it all goes south, I may have to - last minute - resort to an email greeting?? haha
Thank God for the option.

Posted by Marina at 4:09 PM No comments:

May the Best Man (Woman) Win!

There's a lot of whoopla going what with the upcoming election, and selection of candidates. It's something that has evolved over time into the "circus" that it has become today.

By contrast, here is a bit of a time line for the first US election of a President: 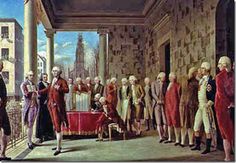 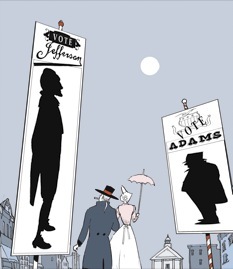 Simple by contrast to today's elections, but there was some dissention to be noted as time began to pass, and candidates realized the importance of the office and the politics involved. In 1796, the Presidential election was Contested! 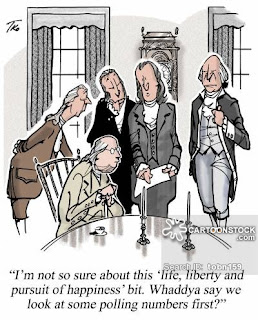 Washington had had two terms, and chose not to run again (which was possible then). He actually set the stage for the nation's first two party election! This election would test the system, and whether the government was by, of and for the people, in actuality.

Two main contenders for the office campaigned vigorously, establishing a political battle that would last through the next election of 1800. Two main issues were views on constitutional government and foreign policy. The French Revolution had its say within the United States, with John Adams and his party, the Federalists, supporting the Jay Treaty. Thomas Jefferson and the "anti-Federalists" who would later be the conservatives, opposed the treaty because it favored the British.The Federalist did not want to support the French because they did not want another costly war with Britain. The Jeffersonian party on the other hand felt that it was the duty of the United States to support the French because of the French assistance during the American Revolution.

The bulk of  campaigning took place in the newspapers. Adams had won the election by only 3 votes and Thomas Jefferson, who finished second, automatically became vice-president.The election of 1796 had exposed an inherent flaw in the Electoral College System. The Electors voted on one ballot with two names on it. The candidate, who had the most votes, won the election. The candidate who had the second most votes became the vice president.

Can you imagine if that occurred today? Imagine if Trump won and Hilary became VP; or She won, and Cruz was her Veep, or Sanders won and Rubio was the 2nd man!? Or what if someone is drafted at the Conventions.....how about Joe Biden and Jeb Bush?

Seriously, though, perhaps it's not a bad idea after all. They would be forced to work together, across the aisle as they say!

Email ThisBlogThis!Share to TwitterShare to FacebookShare to Pinterest
Labels: Election, Founding Fathers, Politics
Newer Posts Older Posts Home
Subscribe to: Posts (Atom)
This blog is dedicated to my love of the 18th Century, The Age of Enlightenment! As a matter of fact, my blog will encompass the ABC's of my favorite subjects of those times: the American Revolution, the British Royal Navy and the Classical Music as best exemplified by Wofgang Amadeus Mozart. Enjoy this blog, as I enjoy presenting my thoughts to you herein.