On August 20, two women graduated from the US Army Ranger School. They leave their mark as a new generation of women in combat roles. They are the first to complete in their combat leadership course, one of the hardest challenges, both mentally and physically for anyone.
They have trained in combat situations, been deprived of food and sleep, and all the particular rigors of becoming a full-on Ranger. They were held to the same standards as the men, with no compromises. It is quite an achievement.
But they are actually not the first to participate in combat for their country. Just the first to complete this level of training, and as declared women. There have been others but they had to hide, be dressed as male soldiers, in the American Revolution or other conflicts, with a few of them enlisting in disguise. 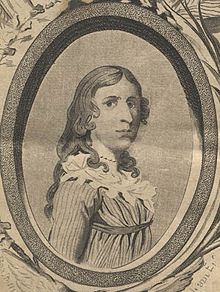 Anne Bailey, known as Samuel Gay, acted as a frontier scout, serving in the Revolutionary War and the Northwest Indian War. In 1791, she made a famous ride through the frontier to find much-needed gun powder to help secure the endangered Clendenin Settlement, later known as Charleston, WV.

Deborah Sampson, at left,  served in the Continental Army during the Revolution, serving for 17 months under the name Robert Shurtliff, of Uxbridge, MA, She was wounded in 1782, and later honorable discharged at West Point in 1783. 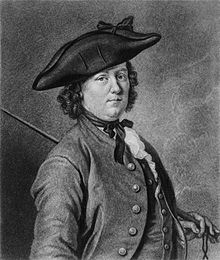 Then, there was Hannah Snell, at right, an English woman, who joined the British Marines after the death of her daughter. Her unit sailed to India to capture the French colony of Pondicherry. She fought in a battle in Devicotta in June of 1749. She was wounded 11 times, once to the groin, and asked a sympathetic Indian nurse not to reveal her identity during treatment. She was honorably discharged in 1750.

The magnitude and extent of today's Ranger training makes people sit up and take notice, but relatively speaking, the accomplishments and service of these 18th Century women was just as bold. Personally, I don't have the constitution or inclination to lift a 180+ man through a muddy jungle. Or shave back my tresses or get rid of my mascara. It's not for everyone, but for those who want that kind of thing, I say why not. Women have taken their place in all walks of life previously only designated for men. Just don't give me a US President named Hilary this coming election. 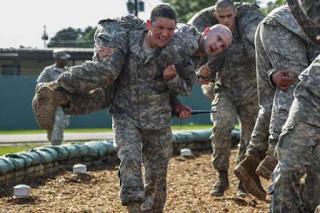 Posted by Marina at 8:54 AM No comments:

The Name is Bond, Jane Bond?

The name is Bond, Jane Bond??

Last week I saw an article in the internet about "the new James Bond". Being 5:30am, and not quite had my first sips of coffee, I thought the article introduced the new man to play (act) Bond in upcoming films, once Daniel Craig relinquishes the role. The actor named was David Oyelowo, a well-known British actor. He happens to be black. He played Danny in MI5, a BBC favorite show of mine, until he was killed by enemy terrorists. I was sad to see him go. 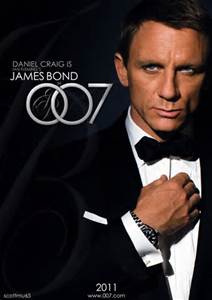 But I was actually appalled, when I thought he was to "play" Bond on screen. We have become so overly politically correct these days, that I thought the Bond franchise had decided it was high time for a black Bond. No matter how good the actor, or actress, there are some roles that HAVE to be played as they were always intended. Bond must be a white, well-tailored British man, more than slightly misogynist, though charming and irresistible. (Don't get mad now, it's only a story).

If you're Indiana Jones, you must be Harrison Ford. If you're The Thin Man, you must be William Powell. If you are Rhett Butler, you must be Clark Gable. And for that matter, if you are Scarlett O'Hara, you must be Vivian Leigh.
Can you imagine if Indy was an Asian; Captain Kirk was gay; Hannibal Lector was Jeffrey Dawmer (haha ...just kidding).

So I started thinking about political correctness from the 18th Century, and how certain characters in literature just have to be who they are to "get it right".

The Scarlett Pimpernel is set in 1792, during the early stages of the French Revolution. he is actually Sir Percy, a wealthy English baronet who rescues people sentenced to the guillotine. He's a master of disguise, a fop, great swordsman, escape artist, kind of the Bond of his day. He always leaves behind his card showing a pimpernel flower. Now, you can't have a rugged, Neanderthal, he-man type play the part; he must be rather dignified, precise, elegant. The choice of calling card art says a lot. And so, in the movies, Leslie Howard was the perfect choice.

The successful 1988 film "Dangerous Liaisons" was based on French author Francois Choderlos de Laclos' 1782 novel Les Liasons Dangeureuses, based on a cruel wager plotted by the beautiful but debauched Marquise de Merteuil, played bGlenn Close, and her misogynistic former lover, the Vicomte de Valmont (John Malkovitch). Valmont should seduce a very moral virgin before she can be wed. Of course, typical of stories of this nature, and from this time, there are twists and turns, but Malkovitch played the part to manipulative and dangerous perfection. Imagine if the Vicomte was Tom Hanks. Too good-natured, sweet, noble. That's why Hanks plays the quintessential American hero, and not a villian. 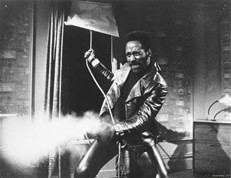 So, this being said, we better stick with Bond as we know him, and forget being politically correct.I mean, even though he was pretty hot back in the day, we wouldn't want Shaft as Bond. He's better off left on the mean streets of Harlem, and not the international haunts of Monaco or The Bahamas. If we're not careful, next thing we know, Bond might have to be Jane!
Posted by Marina at 4:34 PM No comments:

This morning, I saw an recipe about an 18th century bread bun. The picture looked great, and I thought what a nice breakfast that would make along with a lovely cup of rich, dark coffee. Let's put away the "politically-correct", "gluten free", "healthy" breakfast, and talk about the Semla, or Selmor, Bun! Yumm!
Originally only eaten  on Shrove Tuesday, the day preceding Ash Wednesday, before Lent, the Semla bun is a Scandinavian delight, a Swedish bread that came served in a bowl of warm milk. Today they are found in Scandinavian bakeries shortly after Christmas until Easter.

The Semla is cardamom-spiced bread with an almond paste and cream filling. They have been eaten in Sweden ever since the 18th Century, and warning: King Aldolph Frederick died in 1771 after eating 14 of them! Of course, he had a rich dinner to start. Perhaps the Semla was the straw that broke the camel's back!

The bread takes about 2 hours to make. The ingredients are as follows, and make about 15-20 of them:
2 cups almond paste 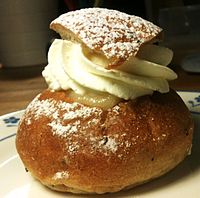 Melt butter in a pan, add milk and heat until lukewarm. Mix cardamom, sugar, salt, yeast and most of flour in a large bowl. Make a well in the centre and add the milk mixture and egg. Knead dough for five minutes till sticky. Cover and leave to rise 30–40 mins.

Knead dough on a lightly floured surface until smooth. Make into balls. Place on  trays lined with parchment paper; leave to rise for 30–40 mins.
Preheat oven to 400o. Bake buns in lower part of the oven for 20–25 mins till browned.

Once cool, slice off the top of each bun and set aside. Fork out a layer of crumbs and reserve them in a bowl. Grate the almond paste and combine with the crumbs and milk. Blend into a thick paste and fill each bun. Whip cream till stiff and place onto the almond paste. Put back bun tops and dust with icing sugar.
Posted by Marina at 3:24 PM No comments:

Email ThisBlogThis!Share to TwitterShare to FacebookShare to Pinterest
Labels: Culinary, Recipes
Newer Posts Older Posts Home
Subscribe to: Posts (Atom)
This blog is dedicated to my love of the 18th Century, The Age of Enlightenment! As a matter of fact, my blog will encompass the ABC's of my favorite subjects of those times: the American Revolution, the British Royal Navy and the Classical Music as best exemplified by Wofgang Amadeus Mozart. Enjoy this blog, as I enjoy presenting my thoughts to you herein.