Burns and Mozart: a January celebration! 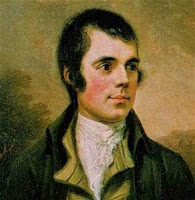 Let's not let January go by without giving a nod to Robert Burns and Wolfgang Mozart. On January 25, 1759 the great Robert Burns was born, and on January 27, 1752, Mozart entered this world. Two creative geniuses: one literary, the other musical.
And, the world of fine arts would never have been the same without them.

Burns, a Scotsman, was a poet and lyricist, regarded as the national poet of Scotland, writing over 500 poems! 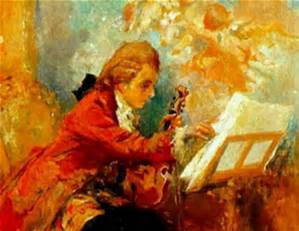 Over the years, the celebration of Burns birthday has become a bit of a thing of its own. Known as the Burns Supper, there is the piping in of the guests, the host's welcome speech, the Selkirk Grace prayer, the soup course, haggis course (which receives its own piping in), the main course, toasts and more toasts, an address to the lassies present, a reply to the laddies present, and the hearing of some of Burns' work.  Wow! 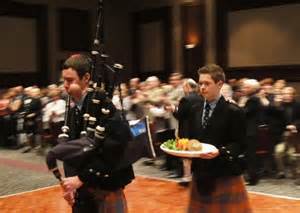 Poor Wolfgang only receives our thanks individually, if someone choses to remember. I, for once, choose to make an evening of it with my friends, having German food, and a Sacher torte for dessert, though this year we are combining the two "events" and including a Scotch tasting. I think Wolfgang would have approved of this. 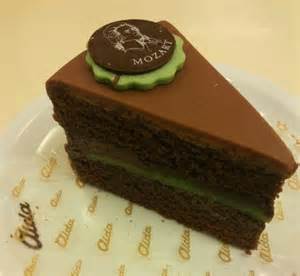 The Eyes have It!

January 10 marked the death of David Bowie, famous musician/performer. He was 69, and was really was the first to explore music, particularly rock music, as performance art, and hence "glam rock" was born. He sang, played guitar and composed some very catchy tunes over his 40 year career, but it was his unique and rather otherworldly quality to his voice and appearance that set him apart. He was truly one of a kind. Regarding his appearance, he donned outlandish and even futuristic type clothing which he changed like a chameleon over the span of his popularity, but there was also something about his physical appearance that gave him an "alien-like" quality. Yes, he was thin, tall and pale, but it was his eyes that were mystical and magical. They appeared to be of two different colors, one blue, one brown or at least very dark. But that was not it. He had a condition as a result of an injury, called anisocoria, that resulted in a difference in the size of his pupils. 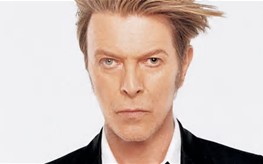 Historically, Around 200 AD, Galen likened the iris to an elastic circular ring that was passively inflated or deflated by vital spirits sent from the brain to enhance vision. It was not until the first half of the 18th century that it became widely accepted that iris movement and pupil size were due to active interaction of 2 iris muscles: a longitudinal radial dilator and a circular sphincter muscle.

Unusual physical traits have always been fascinating. Some are repulsive, but some are mesmorizing, like Bowie's eyes. Eyes, as they say, are the windows to the soul, and anything odd or different about them can create suspicion, adoration, or obsession, or a definition of beauty depending on the era.

In the 18th Century, the women of Georgian high society looked beautiful in their satins and silks, but they hardly ever bathed.  Sanitation was still quite crude and they preferred to douse their clothes, their bodies and their belongings in toilet waters and perfumes. They wore scented pomanders and carried small scent bottles about their person.  They had false teeth, false hair, false bosoms, false calves and induced large eyes which they made to falsely dilate by using Belladonna extracted from the Deadly Nightshade plant.  They were a walking deception.By the way, from Latin, bella donna means 'fair lady', perhaps from the use of its juice to add brilliance to the eyes by dilating the pupils. 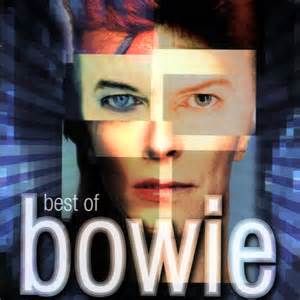 Email ThisBlogThis!Share to TwitterShare to FacebookShare to Pinterest
Labels: Fashion, Musical
Newer Posts Older Posts Home
Subscribe to: Posts (Atom)
This blog is dedicated to my love of the 18th Century, The Age of Enlightenment! As a matter of fact, my blog will encompass the ABC's of my favorite subjects of those times: the American Revolution, the British Royal Navy and the Classical Music as best exemplified by Wofgang Amadeus Mozart. Enjoy this blog, as I enjoy presenting my thoughts to you herein.